THE CORSICAN FLAG, A BANDERA CORSA 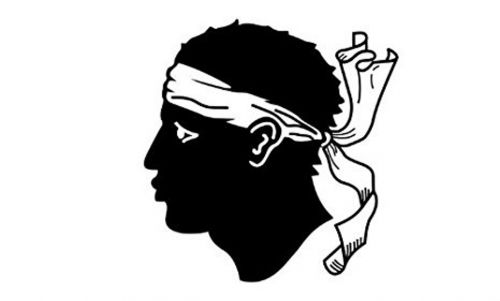 No one can exactly explain the true origin of the Moorish head. But several legends persist:
- A Moorish servant was plotting against the king of Aragon. A Corsican thwarted the plot by bringing the head of the Moorish on a white sheet. Then the king of Aragon grateful said to him "this sheet will from now be the flag of your country".
- During Saracen invasions, Corsican impaled the heads of the Moorish officers, recognizable by their white band around the forehead. Branding their trophies during the battles, the Corsairs took the psychological top on their assailants.
Historically some things are reliable, so we know that the flag with the head of Moor, whose headband covered his eyes, is of Aragonese origin, his relationship with the armorial of Corsica dates back to 1297 when Pope Boniface VIII gave the management of Corsica and Sardinia to the King of Aragon. Aragon did not reign over Corsica but he gave his armorial to Sardinia (Red Cross surrounded by 4 Moorish heads on a white background).
In 1736 when Theodore of Neuhoff became king of Corsica, he adopted the Moorish head in his armorial, at that time the head was turned to the right.
In 1745 when Ghjuvan Petru Gaffori attacked the citadel of Bastia besieged by the Genoese, he adopted that flag. He made remove the banner because "Corsica opened the eyes".
In 1760 Pasquale Paoli formalizes the choice of Gaffori, but removed the jewels on the Moorish head and turned it to the left. In 1762 the “Consulta di Corti” adopts the Moorish head in the arms of Corsica.

THE EYE OF SAINT LUCIE

This is the operculum of a shell that can be picked up on some beaches in Corsica after a big storm. The size of the operculum may vary from 2 mm to 3 cm.
It was in the 4th century that the legend of Saint Lucia appeared: she was born into a wealthy Sicilian family, and by repeated prayers to the Virgin Mary, obtained the miraculous cure of her mother suffering from an incurable disease. Devoting unlimited worship to the Virgin Maria, Lucie tore her eyes and threw them into the sea to not be diverted from her faith and to frighten her suitors. Entirely devoted to religion, she performed many miracles. In response to this devotion, the Blessed Virgin restored her sight and gave her even more beautiful and brighter eyes ("Ochji belli e lucenti").
The operculum of the shell called the "Turbo Rugueux» found on the Mediterranean shores symbolizes the eyes of St. Lucia. It is said that wearing one carries away the evil eye and favors luck.
In Corsica "the eye of Saint Lucie" is considered a lucky charm. 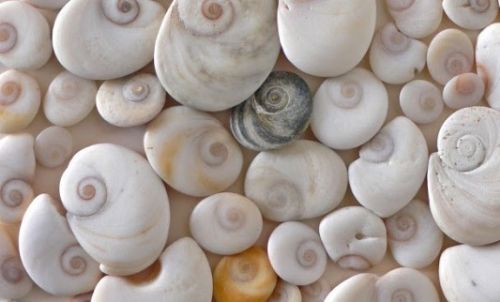 This is another widely used held belief in Corsica: the evil eye (ochju). If a Corsican feels tired or unlucky for a period of time considered too long, then he thinks that he has been struck by the evil eye. This misfortune would then have been thrown on him voluntarily or not by an envious, jealous human being or a simply admirer.
How to get rid of this evil eye causing fatigue and other daily troubles? You have to go to a “signadore”. These wise women learned on a Christmas night prayers to remove the bad luck. Visit one; then in the dark, in the light of an oil lamp, on a plate with water and oil, she will exercise with empathy and generosity, her gift to your service. You will leave her palce released. Psychological effect or real magic? Corsican believe in it. 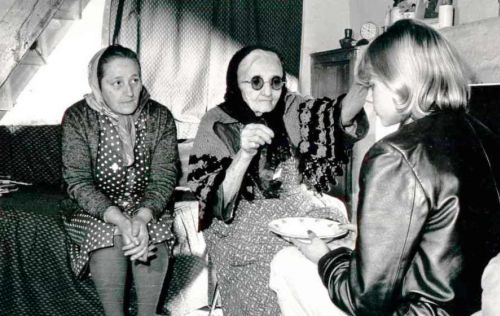 The mazzeru is considered a wizard capable of killing during the night. The legend of the mazzeri is known and respected throughout all Corsica. During his sleep and when the population is also deeply asleep, the mazzeru goes in search of prey. In his dream, the prey is an animal, but in fact it’s a human being. A man, a woman or a child of the village. Then in the following days that person is condemned to hunting the mazzeru by night or to die , unless he offers him his life.
The legend, or rather we should say the belief, mazzeri is deeply rooted in the Corsican culture. Not so present in the every day’s life as other beliefs, it is nevertheless an integral part of the mystical culture that reigns on the island. 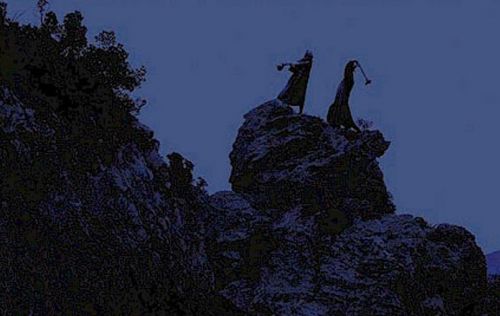 Corsican legends and beliefs have always entertained families and friends alike, both in winter and summer. Everyone wants to tell his version, to the children eager of chills and discovers. The history of Corsica has been as tormented and extraordinary as the legends that represent it are. Between invasions, revolts and other fights, it is not surprising that Corsica legends and beliefs are marked by the balance between good and evil, life and death.